Sclover Park, created by one of the biggest names in Japan’s pro snowboarding scene, is powered up and open for riders!

Atsushi Ishikawa, current front runner in Japan’s snowboarding scene, presents the newly scaled-up Sclover Park, upgraded and open for the new season.
Not only has Atsushi Ishikawa competed in some of the biggest competitions in Japan—including the Nissan X-Trail Jam, Toyota Big Air, and Slopestyle—he’s even taken the podium during the TTR World Snowboarding Championships.
The park will remain open into the spring season and offers something for guests of all levels, beginners and up. 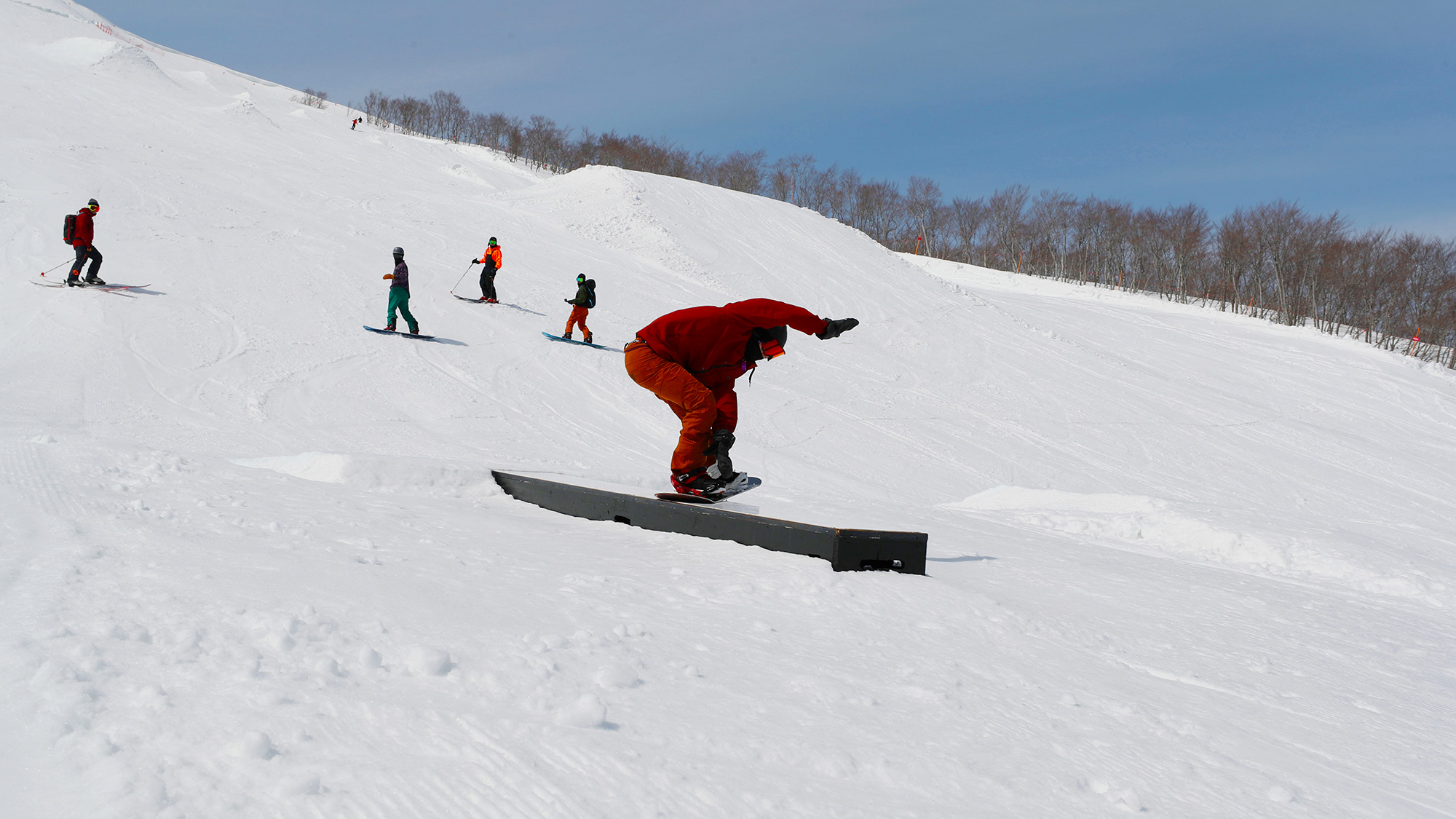 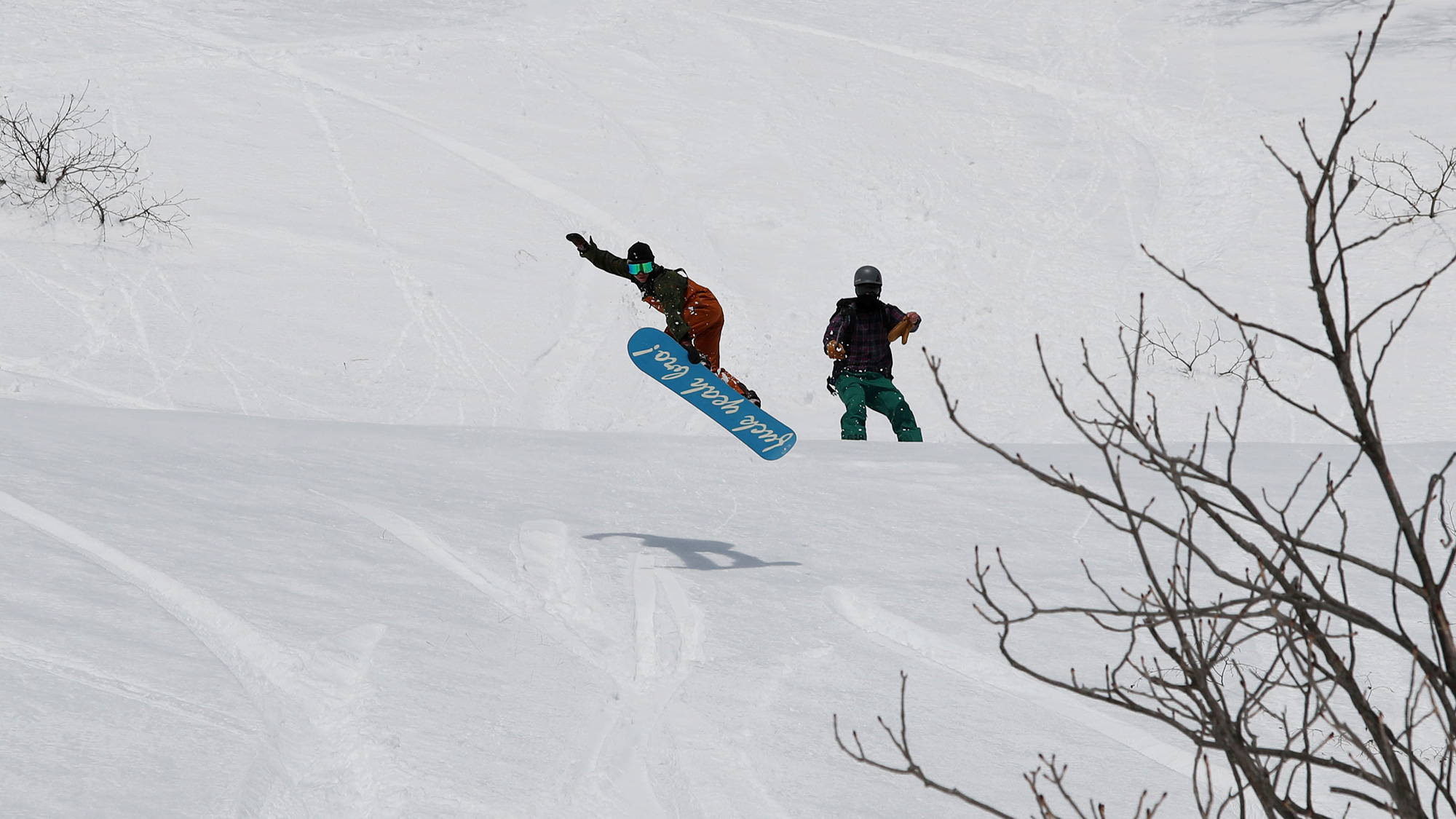 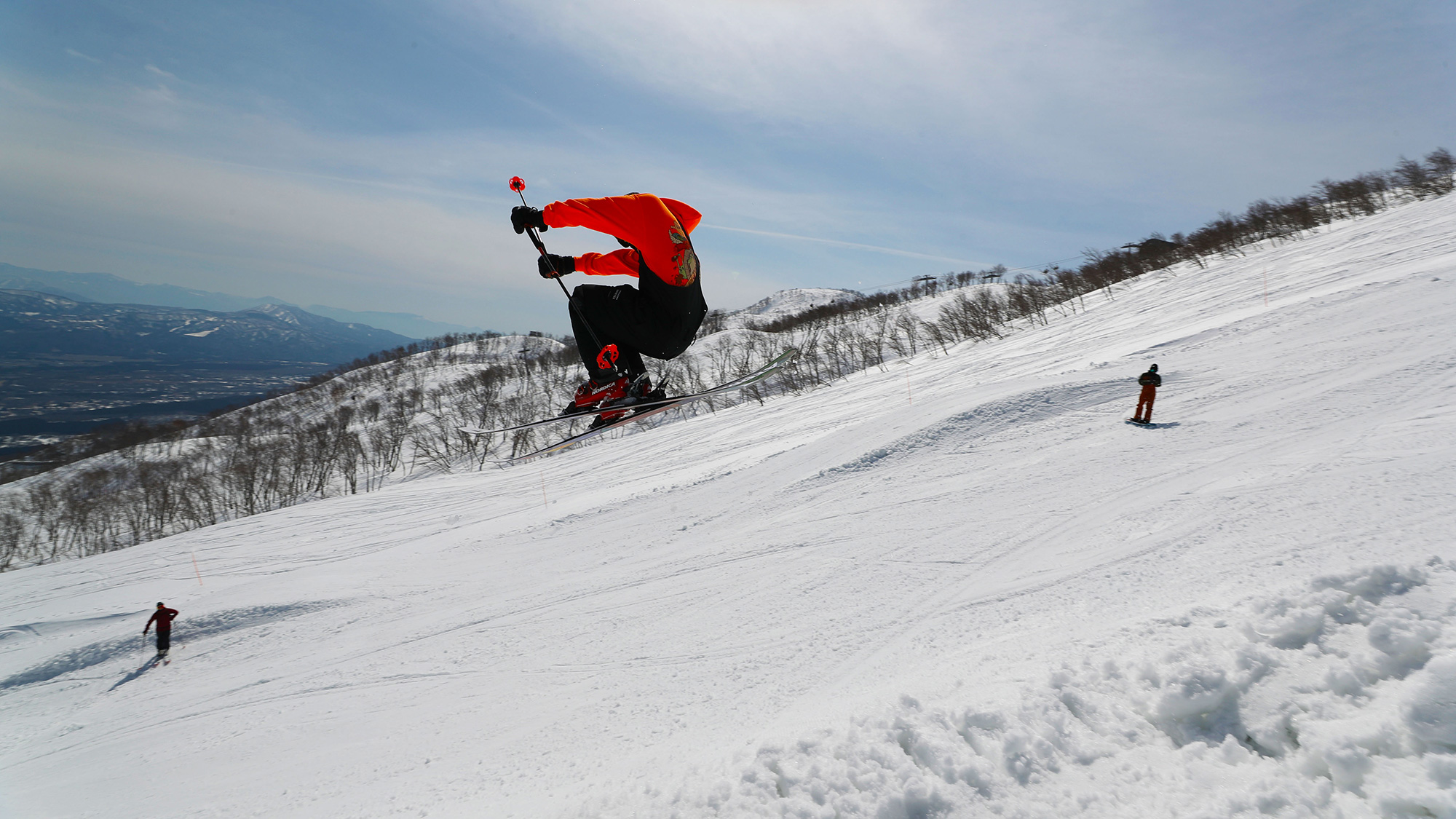 Arai’s famous Spring Park is back for the season with a repeat performance!
Even if there’s no powder, there’s still plenty of fun to be had!
With props aplenty, big and small, the images show how we’ve scaled up from our High Season Park.
Whether you’re a freestyle boarder
or an absolute beginner, boarders of all experience levels
are sure to find something to enjoy this spring season.

New this season, we’ve opened a park designed especially for beginners that anyone can enjoy!
Guests looking to challenge themselves to a new park experience
need look no further than these obstacles, made exclusively with small-rip snow.

A Powder Ride park extended into the new season: surf, ride, and get back to basics!
Experience and enjoy powder that makes the most of the sunrise terrain♪
Start at the wall, then hit a Wave or two as you flow from one kick jig to the next!
After a slide down the Long Run, finish up the day with a run at Sunrise!

Aided by strong leg muscles built from fierce cycling and soccer experience, Atsushi Ishikawa is a fierce veteran who’s boarded it all, from contests and shoots to parks, natural hits, and street rails.
He first strapped into a board at 18 and quickly made a name for himself thanks to a gutsy personality cultivated from years on the high school soccer club, as well as his hard work ethic. In 2000, he became a member of “sclover3.”
After that, people took notice of his myriad achievements and he began to make appearances in snowboarding magazines and videos.
Not only has Atsushi Ishikawa competed in some of the biggest competitions in Japan—including the Nissan X-Trail Jam, Toyota Big Air, and Slopestyle—he’s even taken to the stage during the TTR World Snowboarding Championships, coming home with success both in and outside of Japan.
These days, Ishikawa is focused on breathing life into the snowboarding scene while actively pursuing snowboard development and sales, making himself a trusted name among end-users, shop staff, and manufacturers alike.
He is unquestionably one of the top snowboarders on the scene.