Tashkent Bazaar Chorsu, the age of which is more than hundred years, also was always located on the main square of the city Eski-Juva. Old bazaar constructions destroyed and went bad, but the traditional architecture remained unchanged – domed large premises. 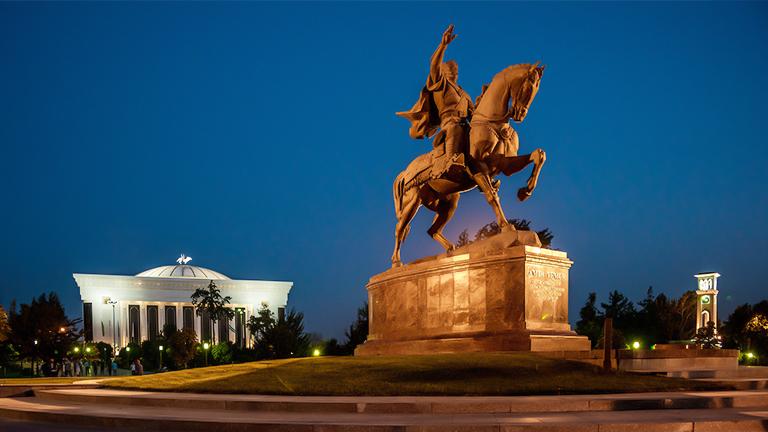 The history of the square in the center of Tashkent named after Amir Timur, the commander and founder of a huge medieval empire, began as early as in the XIX century, when Tashkent was the center of the Turkestan Military Command, composing the Russian Empire. It was established by order of general M. Chernyaev in 1882. 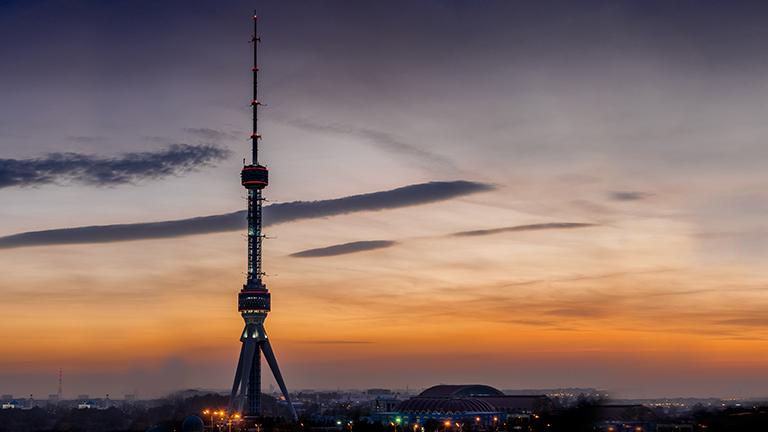 The TV Tower is the highest construction in the Central Asia. It has an overall height of 375 meters. Its construction began in 1979 and was completed in 1981. The unique project of the tower was created by architects D.J. Semashko, N.G. Terziev-Tzarukova, engineers E.P. Morozova, M.D. Musheeva. 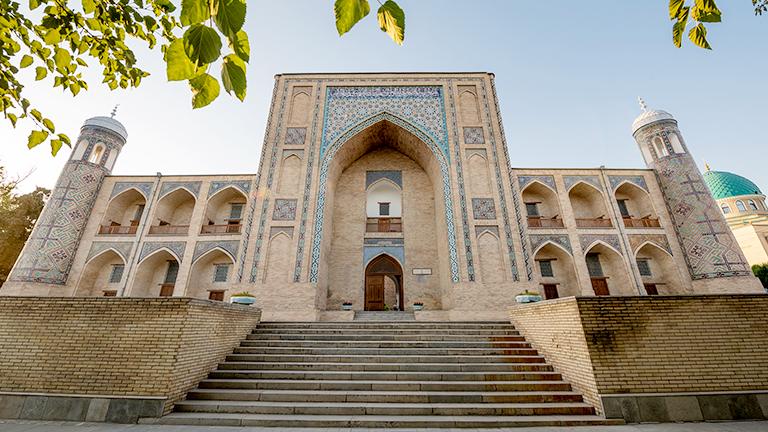 Madrasah Kukeldash is one of the biggest madrassah of old Tashkent, was built not later than 1569 by the minister of Tashkentsheibanid sultans Barak-khan and Dervish Khan, who was named “Kukeldash”. In the plan the building is a rectangular courtyard. The main portal, which height is 19.7m leads to a courtyard, surrounded by hudjras. Each portal consists of a room and entrance niche – aivan. The portal was damaged after two earthquakes but it was rebuilt in 1950-1960 years. 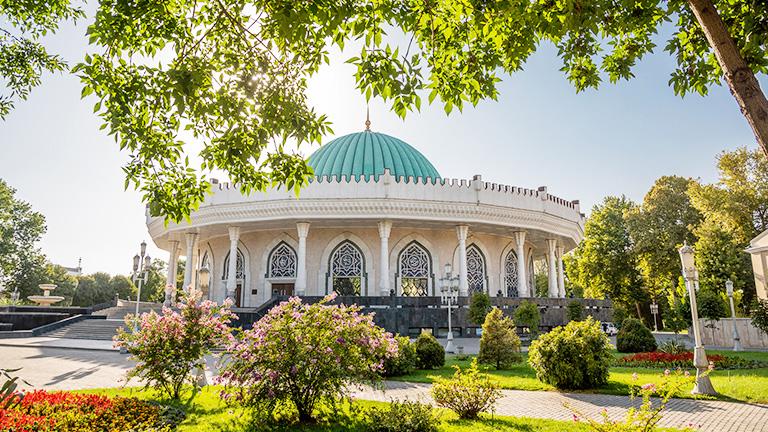 Museum of the History of Timurids (also called Amir Timur Museum) was established in Tashkent in 2006. Today it is an important landmark in the city. The grandiose building of the Amir Timur Museum is an example of refine architecture, in the style of the oriental architecture: a round building is topped by a huge blue dome. The entire perimeter of the building is decorated with graceful columns, they look like supporting the roof. The museum’s windows are in the form of the arched niches.